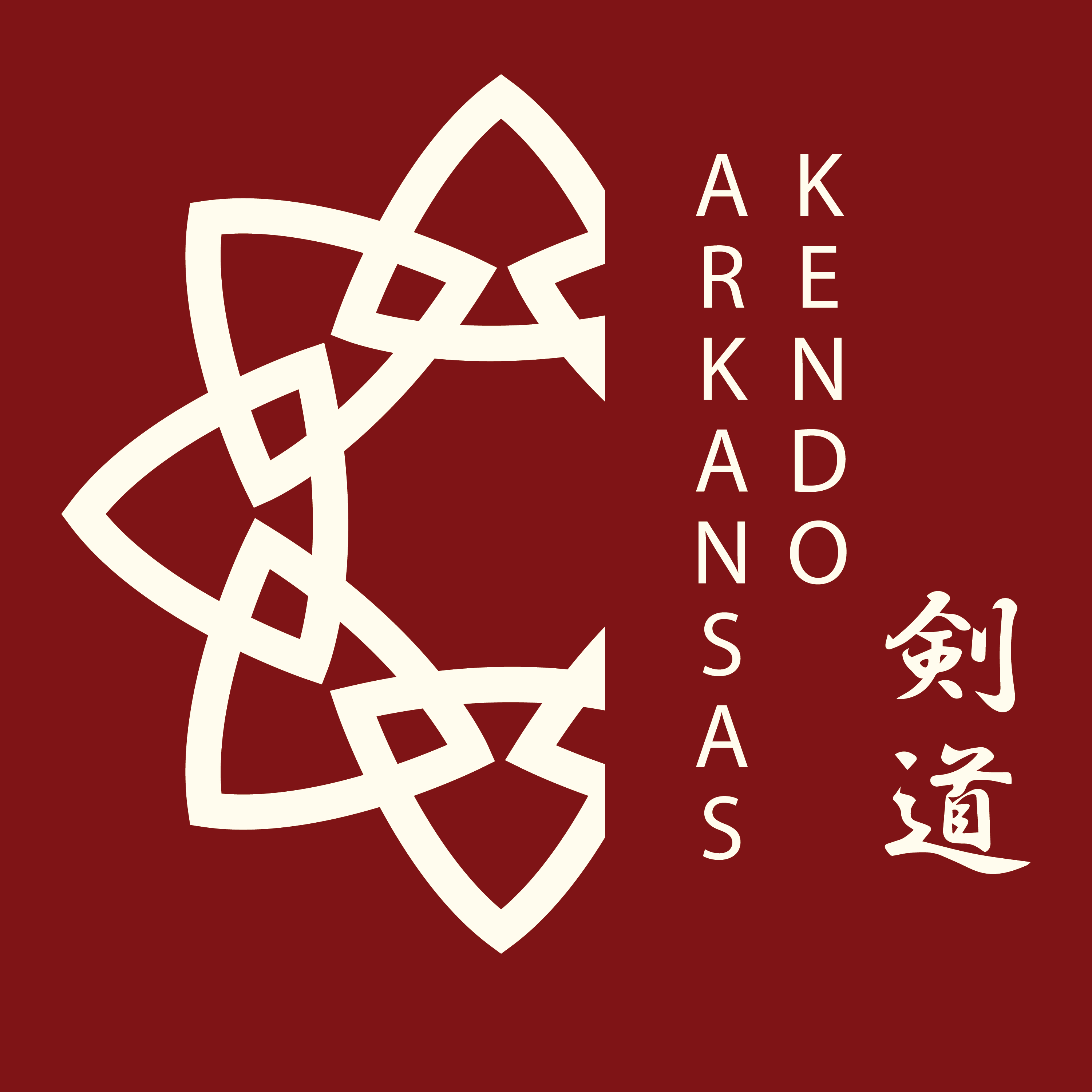 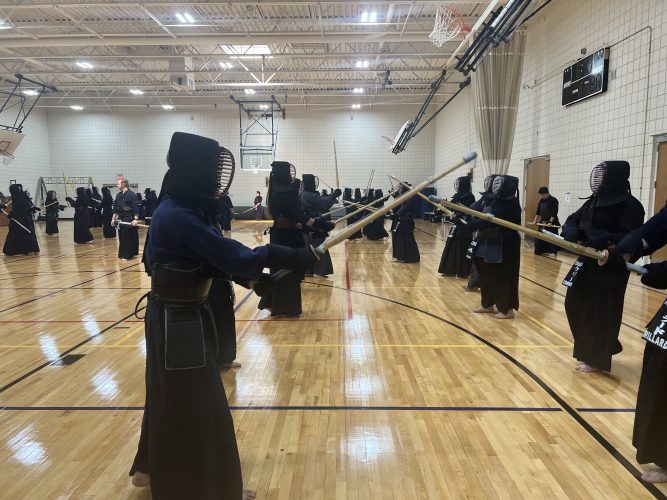 Datotsu no kikai: Chance of strike.

Hantei: Referees’ decision as to the winner of a match.

Kensen: Tip of the shinai/ sword.

Kime: Striking with decisiveness and conviction.

Kirikaeshi: Basic exercise in which the side of the men are struck repeatedly.

Maai: Distance between one and one’s opponent.

Seiza: Seated position on the knees.

Sensei: Instructor. Surname + “sensei” i.e., Sentany Sensei. In kendo, to be a sensei, the kendoka must be 4 dan (yon dan) or higher in rank.

Sonkyo: The crouching position in which begins and ends each bout.

Suburi: Basic exercise which simulates striking the men repeatedly, performed without bogu or an opponent.

Tai atari: Hitting with the body.

Tsuba zeriai: Situation in which the players are close together, “tsuba to tsuba.”.

Tsuki: The thrust target; the only point in kendo which is scored with athrust rather than a strike. The target is below the chin and at the throat.

Yuudansha: Kendoka with a rank of 1 Dan (shodan) or higher

Zanshin: Mental and physical alerness, especially after the completion of an attack.

Seiza: Seated position on the knees. 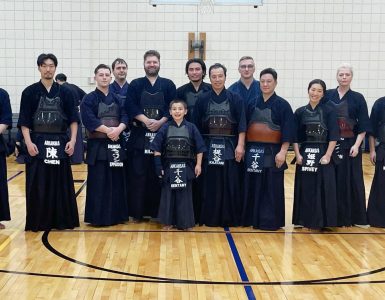 Welcome to Arkansas Kendo! We’re excited to have you.  This is a guide on how to enroll in our club. As a new member, we will require you to watch a practice from start to finish, submit all paperwork fees and... 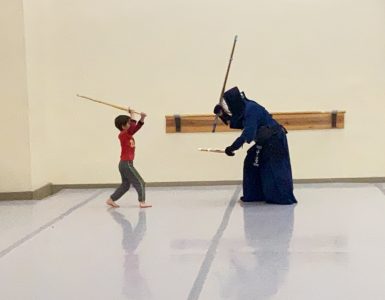 What to Expect as a Beginner

All new members are expected to practice at LEAST 90% of practice days (both the Friday and Sunday) each week. Expect to stay for the complete practice session (see the Event Calendar for schedule). Attendance is... 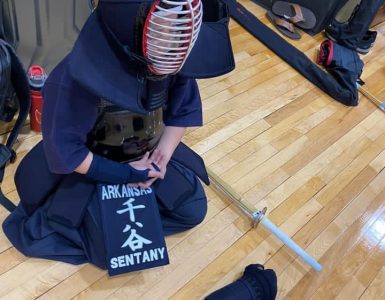 Q: How much does kendo cost?A: See our Membership Dues page for the cost of club membership. Do not worry about uniforms, equipment, bogu (armor) if you are a beginner. We provide a new shinai to all beginners in the...

NOTE: Visitors, please contact us prior to visit. Schedule may change due to events.